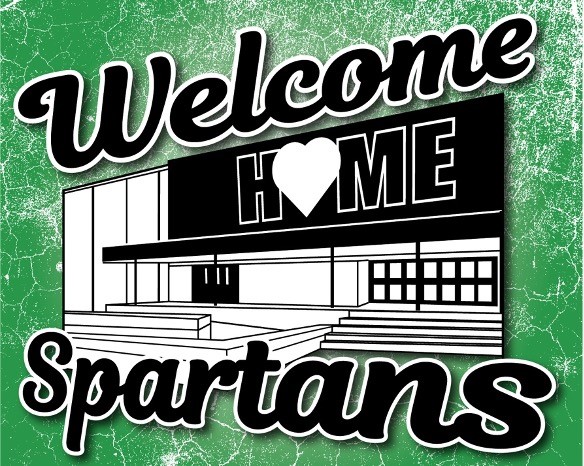 From choir concerts to award ceremonies, this year has been packed with lots of in-person events that haven’t been seen in their normal ways since 2019! Looking back on this school year, we can proudly say that things went better than the last. Let’s review all the great things we did!

In the fall, many teams such as Cheer and Theater held fundraising events like car washes. New student orientation and the first day kicked off with lots of Spartan Pride! Athletic events went great. Girl’s and Boy’s Golf both took 3rd at conference and Girl’s Swim became conference champs! The Theater program produced Little Shop of Horrors, their first musical since 2019. Despite it being on the field, the homecoming dance was just as lively as usual! Football games with performances from the Marching Band, Dance and Cheer entertained the always festive crowd. Finally, ceremonies for National Honor Society and athletics were able to take place as usual to celebrate the hard work of many students.

In the winter, Boy’s Bowling became conference and regional champions!  Boy’s and Girl’s Basketball also became conference champs and were able to put on a strong Paint the Gym Purple with Student Helpers. SCAB hosted a wonderful talent show with a variety of acts. The music department put on their annual Winter Fine Arts Night. Forensics got a great start to their invitational season and was sectional champions, the PIR also taking 1st at sectionals and overall advanced 6 events to state. JCAB held a lock-in in replace of a turnabout dance. Drama and Group Interpretation competed hard with GI taking 4th in state. This was the first time we hosted this IHSA state event and it went off without a hitch!

In the Spring, we saw staff appreciation week and teen tech week. Wind Ensemble and all the choirs competed in the IHSA Music Competition. Public performances of the children’s play, drama, and GI finally were able to be held in person. Young Hearts for Life came back and showed great participation. Prom night was amazing! Senior sunset was a lot of fun. Senior awards are highlighting all the hard work the seniors do and graduation will be at OL for the third year in a row!

It is without a doubt that this year held lots of events that we have missed very dearly. Although there were challenges at times, this year was something that we won’t forget!