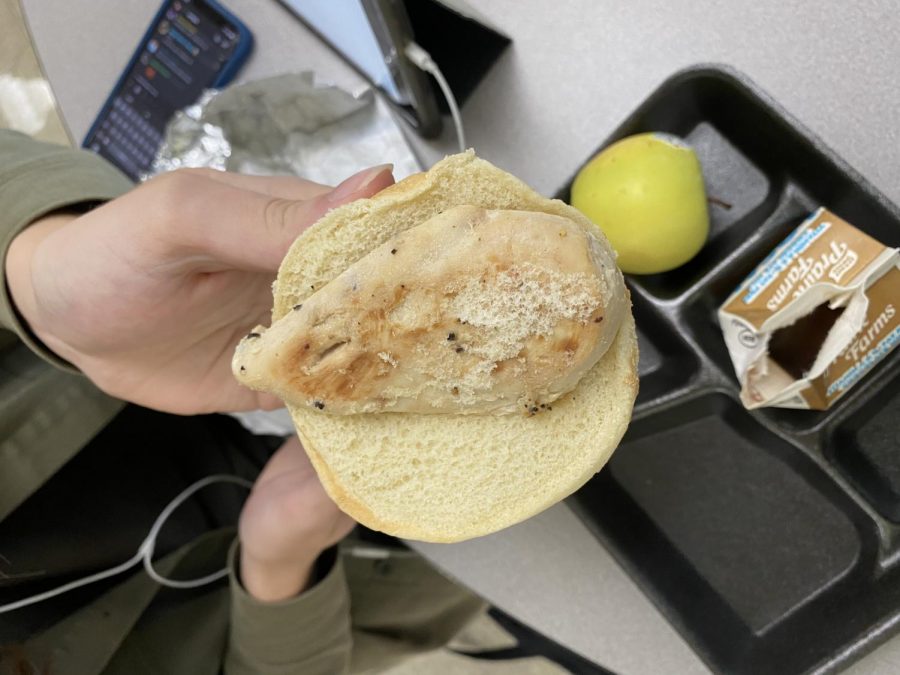 Since the start of the school year, nobody has stopped talking about the quality of our school food. Students, parents, and teachers all have varying opinions about the changing of food providers from Country house to K-12 by Elior, with the general consensus being that the food has dramatically declined in quality in comparison to previous years.

The Elior website states, “Every day for 25 years, the men and women of Elior have committed their expertise, talent, innovative skills and culture of service to serve everyone constant attention, healthy, tasty and sustainable meals.” Their website also states that they cater for more than four million guests around the world, and the group’s strategy firstly aims to improve the nutritional value of their recipes. The Elior website also mentions that guest satisfaction is monitored at sites in multiple countries, with the overall satisfaction rate being 82%.

According to Joseph McCurdy, the Assistant Superintendent, the reason for the switch in food providers was due to the District’s contract with Country House expiring. The District was required to go through a bidding process, and the lowest bidder was K-12 by Elior, leading them to become the school’s new food service provider. The menus are approved by the Illinois State Board of Education Nutrition Department and K-12 by Elior is expected to use fresh from scratch ingredients similar to the cooking practices used by the previous provider, Country House.

When asked to comment on his personal opinion regarding the food quality, McCurdy believes that it is continuing to improve. “Since the second week of school, K-12 by Elior has significantly improved the food quality and daily menu options. I personally eat breakfast and lunch in the student cafeteria to observe the offerings, monitor operations, and to ensure the food quality,” he stated.

However, not all agree with McCurdy and the school board.

This social media page shares photos that students submit of unsightly meals that have apparently been provided by the school. Rotten apples, uncooked pizza, and red undercooked hamburger patties are just a few of the foods featured on this page.

The administration and Board of Education were disappointed with the Instagram page because they believe the page did not represent most of the food being served in the cafeteria. Additionally, they believed the page perpetuated misinformation about the student cafeteria, the school district, and the National School Lunch Program. However, the comments on the account’s posts often show nothing but anger towards the school lunches, with one concerned parent even commenting: “My son’s stomach was messed up all day today after he finally ate the food.”

Sean Maleady, a sophomore, observed that “[The] burgers were somehow stuck fully together despite the lack of cheese in between the bread and burger.  I shouldn’t say burger, actually, as it was far more like a hardened meat plaster. There was a kind of chicken sandwich with what looked like plastic but I am fairly sure it was some kind of cheese. I have heard stories of the Mac and cheese causing nausea, or hair appearing in food.” Another student, junior Abdelaziz Hasan, believes that “The food was gross from the start, and although now it has improved, it is still nowhere close to how the quality should be.”