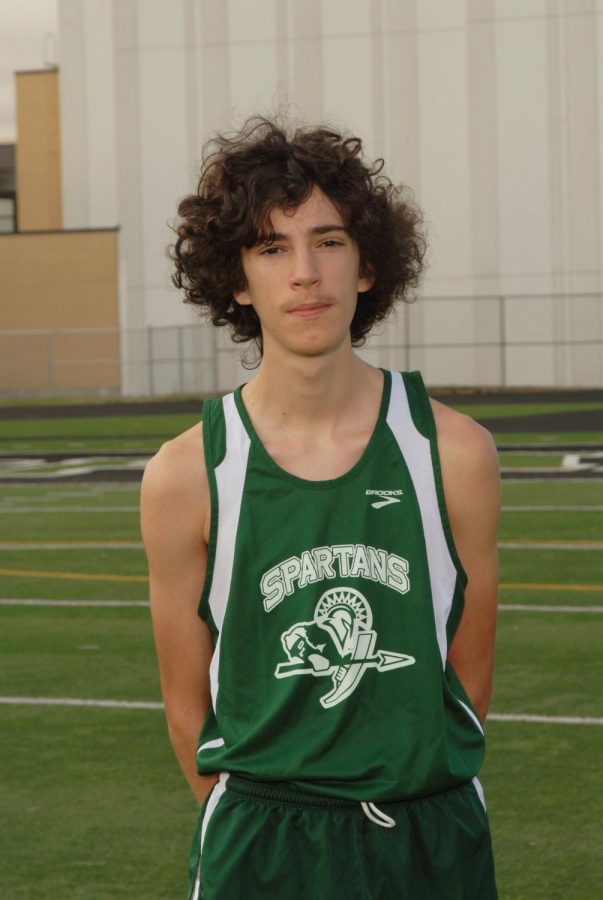 After a breakout Sophomore year where he finished 3rd place at the SSC Red Conference Championship, star runner Jadon Pirkl has established himself as one of the most talented runners from Oak Lawn. In addition to consistently finishing in the top 10 for major competitions, Pirkl was the first runner in eight years to make it down to Peoria for the IHSA State Cross Country Meet. Although Pirkl was uncertain of the prospect of even being able to run this season, he continued to work hard nonetheless. “There was a lot of uncertainty,” Pirkl recalled. “However, I still ran around 400 miles over the summer in preparation for the season”. His hard work ultimately paid off, as the cross country season went through with many races, including conference and sectional championships. Pirkl himself ran away with a twelfth-place finish (out of the 70 best runners in the area) at the IHSA Class 3A Regional Cross Country Meet, with his season-record time of 15:37 minutes for three miles. Pirkl’s quality performances throughout the season earned him a spot at the 2020 ShaZam XC Club Championships, an invitation-only state-wide championship for the most exceptional runners in Illinois. “State was definitely a fun race and I had a great time there,” Pirkl said. “the competition definitely showed up and I was really able to show what I could do”. Beyond the most elite state competitions, Jadon has attracted the attention of many colleges for his athletic performances, including Division 3 schools Elmhurst College and Millikin University. “While I’m undecided where, I definitely plan on running collegiately”, said Pirkl.