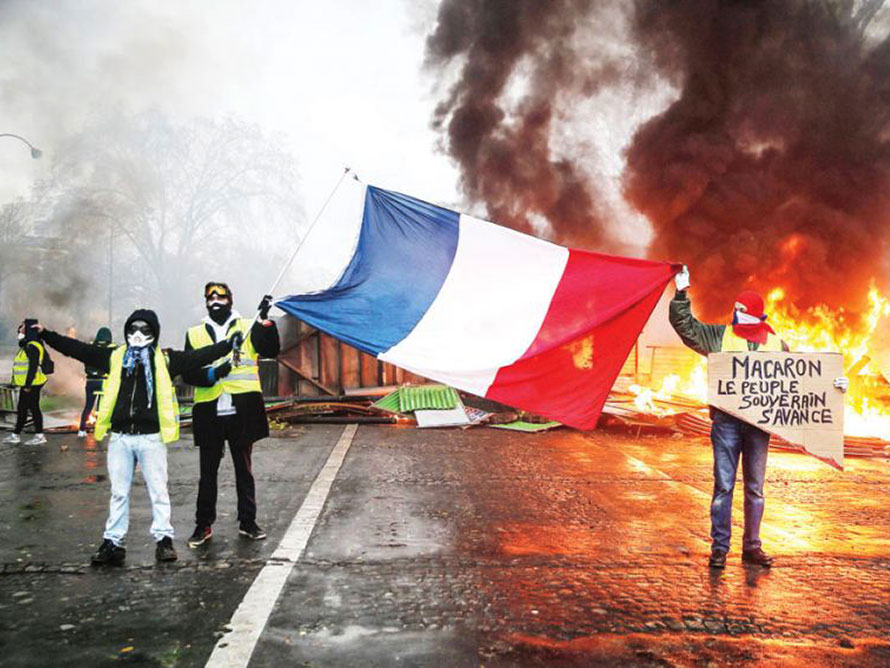 Free speech, or hate speech? Tensions in France skyrocket after middle school teacher Samuel Paty was decapitated on October 16, 2020, by an Islamic teen after displaying extremely offensive depictions of the Prophet Muhammad published by Charlie Hebdo, or Charlie Weekly. As French citizens took to the streets in anger at the killing, they called for the Muslim community to be punished by yelling “Je Suis Charlie”, or “I am Charlie”.

In retaliation, some French citizens responded by stabbing two Muslim women wearing the Hijab under the Eiffel Tower next to their children yelling “Dirty Arabs go back to your country”. Opposing to handling the situation delicately, the President of France Emmanuel Macron stated the cartoons were an example of freedom of speech and expression and continued to defend them. In doing so, he even projected the offensive cartoons onto a government building with armed guards protecting it.

Outraged and disgusted, the Muslim community worldwide called for a “Boycott of France”, in which no French products are to be bought or dealt with. This is due to the fact that in the Muslim faith it is forbidden to depict animate objects especially religious leaders such as the Prophet Muhammad.

The boycott alone on the first day cost the French economy 28 billion dollars, and the boycott is still going on. Afterward, Macron insinuated the French Parliament approves his introduction of the bill named “Islamic Separation”.

Essentially, this bill would shut down private Islamic schooling, Halal lunch menus, gender-segregated pools, and the wearing of Islamic clothing in public places. It is stated by the Wall Street Journal, that Macron aims to introduce secularism everywhere in France. However, Muslims in France think Macron aims to condemn freedom of religion towards Muslims within public areas.