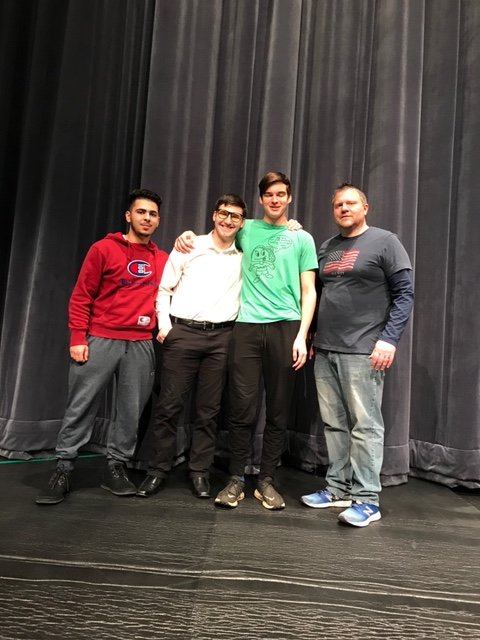 The second round of the 2020 Social Studies Bee was held the second following week in the same location. Students came and supported their peers with posters and signs. The top 10 students were seated alphabetically on stage. Red buttons were given to each participant, which were pressed to answer the questions given. Mr. DiFilippo’s first couple of questions were answered by Amin Al Ashqar who began to lead the competition by three points, but Martin Sheehan soon managed to catch up to Ashqar. Throughout the competition Ashqar and Sheehan were head to head. Juniors, Jamal Jowdeh, Fares Marzouk, and Anthony Uriarte managed to gain points and a chance at claiming a prize. While Seniors, Jim Fetzer, Lucas Sodaro, and Cesar Vazquez also scored at least a couple of points.

Ending in first place, with a total score of 19 points, Senior Martin Sheehan claimed his prize of a $100 Amazon gift card. Following in second, Senior Amin Al Ashqar with a total of 15 points. And in third, Junior Jamal Jowdeh with a total of 4 points also received a gift card for Amazon. With unexpected, but good results, Mr. DiFilippo stated, “I was happy because there were a good amount of people. Over 80 participants took part in the bee this year, and hopefully more students will participate next year.” This competition will hopefully become a tradition of Oak Lawn High School. The OLCHS Social Studies Department has already begun planning next year’s competition. They are hoping to advertise more about the event through banners and posters. The department hopes to gain more participants in the upcoming year.