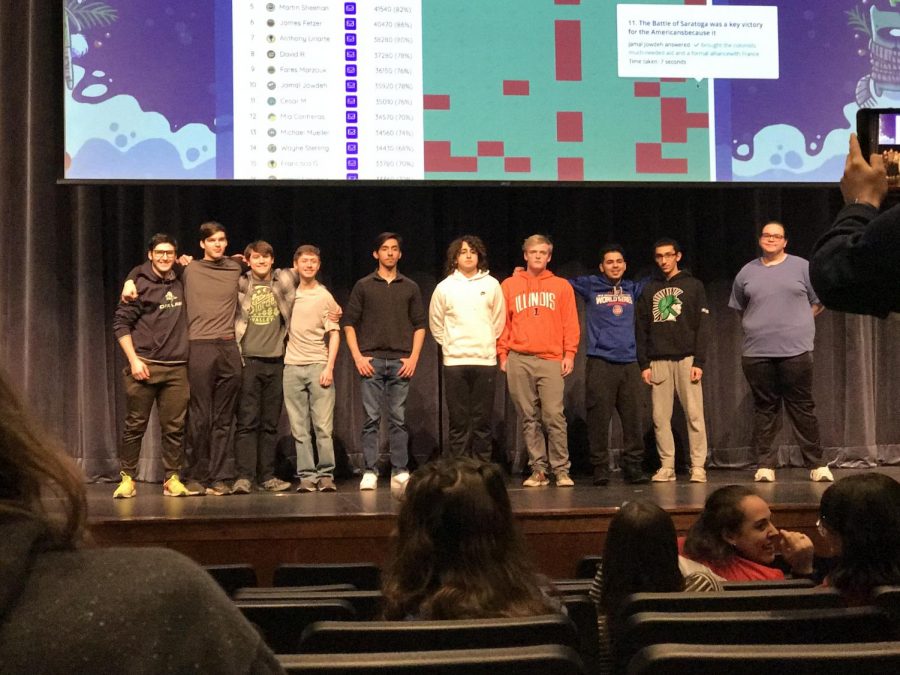 The Second Annual Social Studies Bee was hosted by Oak Lawn High School’s Social Studies Department. This two day event was held January 16th and 30th in the Performing Arts Center during Spartan Plus. Students signed up to compete for the chance of winning prizes. The competition offered gift cards for Amazon up to $100 in value for the top three winners. In order to increase chances of claiming a spot in the second round students had to end up in the top 10. Mr. DiFilippo, Mr. Wargin, Mr. Kuchyt, and Mr. Kahriman were present for the event but were not able to assist students in answering questions.

The first round was held January 16th and students had the chance to land themselves in the top 10 by playing a quizizz. This quizizz was made up of 52 questions all relating to topics of Chicago, US, and World history. Other subjects  included psychology, geography, economics, and sociology. No quizlet was provided this year for competitors, which made it more difficult for competitors. A leaderboard of the top 10 was projected on a screen in order for the audience and competitors to see where they were being placed. Mr. Wargin announced names as students began to hop onto the leader board. Lucas Sodaro and Amin Al-Ashqar were head to head during the whole first round, ending with Sadoro claiming first, followed by Amin Al Ashqar in second, and Devin Sheehan in third. The second round was to take place in two weeks following after the first with a mixture of juniors and seniors in the top 10.