Day to be Named Later Revealed! 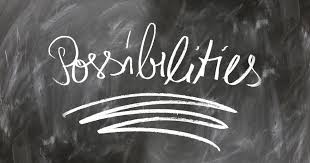 The Day to be Named Later is planned to be an event that is going to allow students to indulge themselves into the interests of their teachers. Staff is given the ability to host personal events, such as Dr. Lietz’s “Taste of Oak Lawn”, a miniature food festival that highlights nearby restaurants. Various events, such as that, are the ones that will occupy the students for an entire day. As this event has never been practiced on this campus before, a lot of Pros and Cons can arise from its conception. In an interview with Dr. Lietz, she claimed that the biggest benefit of this event is a personal relationship being built between students and teachers. Lots of students and teachers feel disconnected socially, so this event should bridge the gap. However, this poses her biggest con; that some students may not want to miss a day of their studies to participate. However, this con might go overlooked, as it seems this complaint has not been spread as much as the hype has. “I hope students are as excited as the teachers are!”, says Dr. Lietz. Considering the mystery and the current reception, it would appear that her hopes are correct.