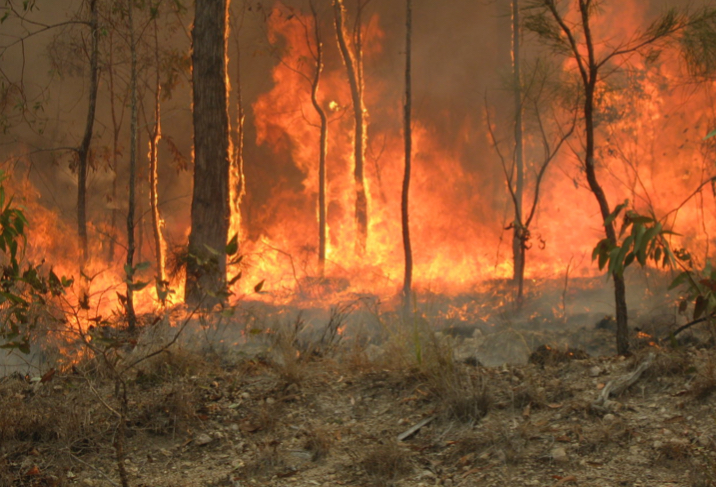 This is a picture of a bush fire in Captain Creek.

The fire season began in July 2019, due to the season starring the Australia’s southeast coast has been devastated with hundreds of wildfires. Due to the excessive heat and drought the fires have burned down thousands of homes, twenty-eight people have died, more than one billion animals have died, and over 12.35 million acres burned. There have been fires in almost every Australian state while New Whales has had the hardest hit. Due to the excessive fires all around, in December the blanket of smoke in Sydney was measured 11 times the “hazardous” level in terms of air quality.

Australia experienced one of its worst droughts in decades. In December a heatwave broke the record for the highest nationwide average temperature with some areas reaching temperatures around 40 degrees Celsius (113-120 degrees Fahrenheit). Along with the excessive heat the strong winds have also made the fires and smoke spread more rapidly. With climate change worsening, the weather conditions are continuing to grow more extreme causing these types of fires and other natural disasters.

Many fundraisers and donations have been made to raise money for these devastating fires. Over millions of dollars have been donated from big celebrities and organizations such as Jeff Bezos who announced that Amazon would donate $690,000 and Chris Hemsworth and his family donating $1 million. Each and every penny goes a long way.