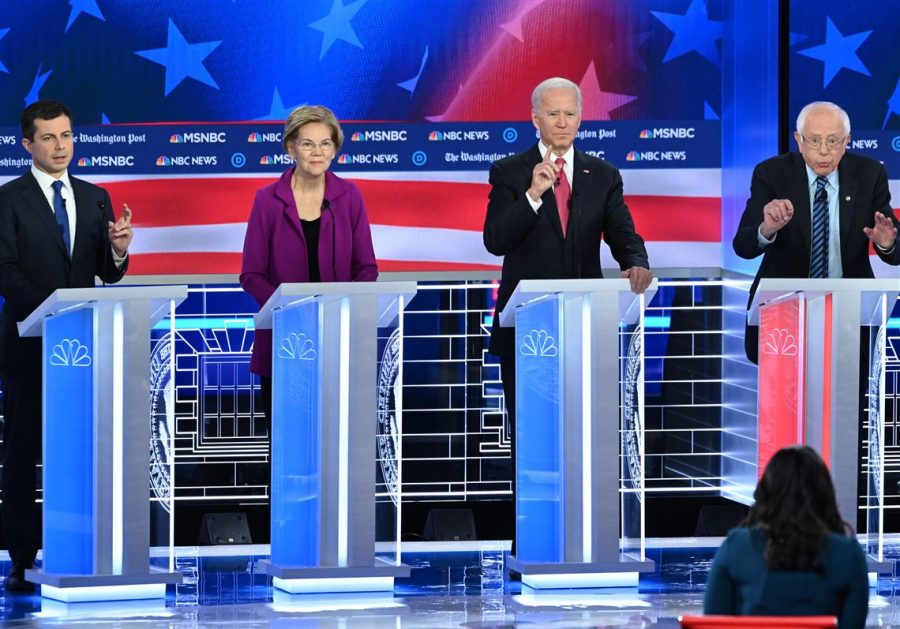 Last Friday night, the ten front runners for the democratic nomination took the stage for the fifth Democratic Debate. Going into the night, all eyes and ears were focused on South Bend major, Pete Buttigieg, who’s popularity has been surging throughout the country. The young democrat managed to avoid many jabs throughout the debate, most of which were centered around his experience, and increased his prevalence on social media.

Given that the fourth round of Trump’s impeachment hearing had just ended moments before the debate, much of the early attention and discussions were centered around sitting President, Donald Trump. The candidates wasted no time in promulgating their vicious opinions on the sitting president, with Senator Bernie Sanders saying that “he is the most corrupt president in the modern history of the United States”. Senator Elizabeth Warren claimed that if elected she would “of course lobby” her GOP colleagues to vote to remove Trump.

Besides the jabs at Trump, the debate was cordial for the most part, and the discussions echoed those of the past debates, with issues such as healthcare, climate change, paid family leave and racism taking up much time and attention.

A standout moment came when New Jersey senator, Cory Booker, attacked former Vice President, Joe Biden, for his stance on medical marijuana. A blatantly angered Biden defended his stance, claiming that there were not enough long term studies on the effects of medical marijuana, and that it could be used as a gateway drug.

Furthermore, Biden claimed that he had the support of “the only African-American woman that had ever been elected into the United States Senate”. Biden obviously meant first, but the comment’s awkwardness and hilarity was exacerbated given that an African-American senator, Kamala Harris, was standing right next to him, and interrupted to say “The other one is here”.

Following the debate, Buttieg and Warrens were seen as having the best performance, according to a fivethirtyeight. All of the candidates popularity increased following the debate except for Sanders, who surprisingly had a slight dip. Additionally, Biden was seen as being the most likely to best Trump, followed by Sanders and Warren.