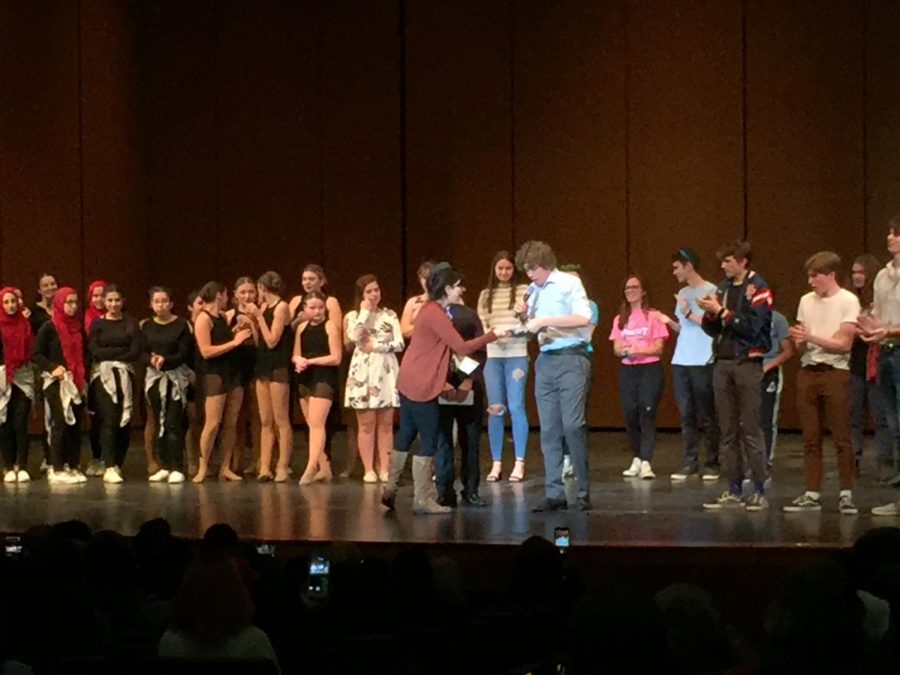 OLCHS showcased some awesome talent at this year’s show. With tons of acts to cover, this article servers to talk about some of the highlights, as well as the top 3 voted acts.

During the OLCHS talent show, many types of acts are displayed. One such unique act was not performed by an individual, but rather by a large group. The Debke Dance performance was done by the members of the MSA, all gathering onstage for a traditional display for the crowd to see, and was one of the most unique performances of the night.

Another notable performance was the two-part staff performance of the popular songs “Hallelujah” and “Billionaire”, performed by Mr. Denton and Mr. Kallenborn. This performance saw both of the staff members onstage for a duet, creating a dynamic in the theatre that was difficult to surpass.

Finally, the grand 3 performances of the night, each receiving a varying cash prize for their performance. In third, was a Stand-up Comedy performance by Omar Uwainat. Second, was Morning Glory performed by “Sage”. In first place, came the Dance performance by the Spartan Dance Team. These three competitors have a bright future for performing ahead of them.

When asking Hunter Gray, a freshman at OLCHS, for his opinion on the talent show, he rated it at a “4 out of 5”, and referred to it as “Fulla vibe”. Hopefully, next year’s talent show will be just as” full of vibe” too.