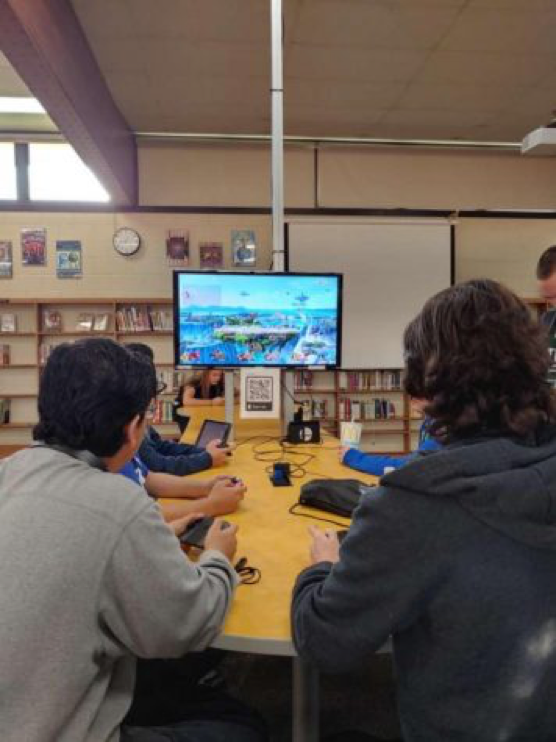 Tons of students walk the halls of Oak Lawn Community High School who play video games, and many of them are interested in coming together to have a place where they can all enjoy this shared hobby. Video Game Club is the ideal club for them. It has been in existence for four years.

Meetings are held Tuesdays from 3-4 p.m., and open gaming sessions are on Wednesday mornings from 8:00-9:15 a.m. All meetings take place in the media center.

More than 60 students come regularly to play their favorite games, learn about new ones, and experience the world of gaming with their friends and fellow peers. The club owns a Wii U, an Xbox 360, and 30 computers (12 updated to gaming computers), but members are allowed to bring in their own devices and consoles as well (Nintendo Switches, Wii U’s, PS4’s, etc.) as long as the games played are rated T.

Popular games that are played include famous titles such as Overwatch, Minecraft, Roblox, Halo, and of course, the classic Super Smash Bros.

“Super Smash Bros. Ultimate is a game that I enjoy playing against other gamers even though I am not good at the game,” Oak Lawn Community High School freshman Timothy Weber said. “It’s a game I saw other gamers playing so I decided to join them.”

This club mostly plays games recreationally, but occasionally it plays competitively against other members. They have also started exploring playing in tournaments this year against other schools.

Mrs. Meyers, the supervisor of the club states, “We recently joined the North America Scholastic ESports Federation. We will compete in the Overwatch Community Play-In tournament starting October 16th. We will have a team of 9 students for this competition (6 players with 3 substitutes).”