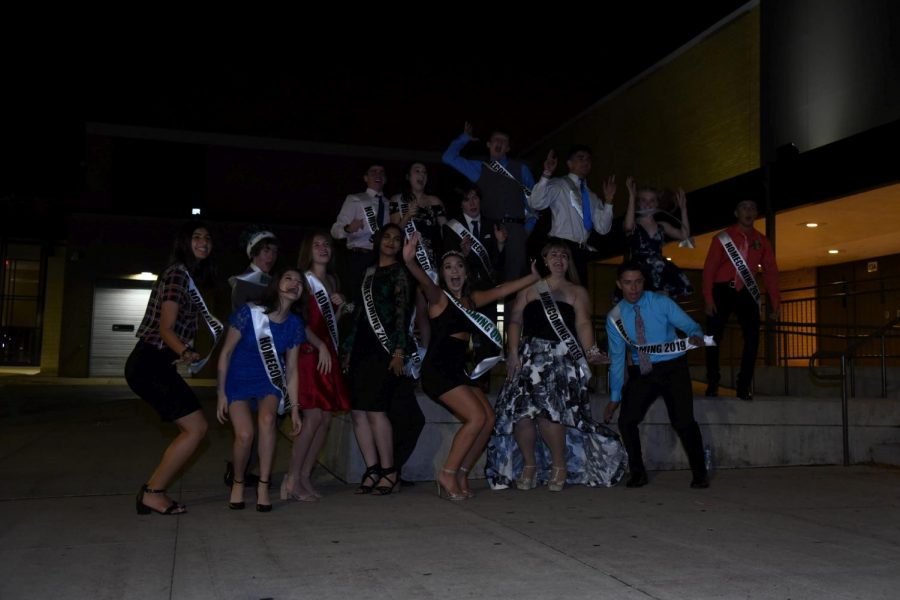 Homecoming court, all taken together.

Window painting, homecoming rally, tons of sports game, and the traditional homecoming dance (with the inclusion of an all female one), all took place during this 2019 homecoming.

This years homecoming held several events, old and new. They held a window painting event, where the victor, (the one with the most exquisite window), would be acknowledged. The event was a opportunity for students to show their creativity, and likely will be showcased next year as well.

There was also a set of victors for the acclaimed pep rally parade, where the award winning OLCHS band played a show, and clubs were able to advertise themself through creative and artistic designed floats. Also, floats were selected on which ones were the best. This years best float highlights, were as follows:  “Best Walking Float”: OLCHS band. “Best Vehicle Float”: Journalism Team. “Best Use of Theme”: Visual Arts Club.  And finally, “Most Spirited”: Senior Class Advisory Board

And finally, the most popular and generally anticipated award of homecoming: The Homecoming King and Queen. Those who claimed the royal title this year, was none other than King Tomas Walsh, and Queen Kendallyn Julkowski.

The general goal of homecoming appears to always be focused on sports, but this year, and the years after, seem to go beyond just sports. Assistant Principal Mr. Marcus Wargin says that, “There are so many events, and so many opportunities to get involved. People should be able to find something to get involved.”

This year’s homecoming had a goal of gaining student participation, and as to Mr. Wargin’s request, they would like more students to get involved in the events they   hold. After all, who wouldn’t want to go to such amazing events anyways? So remember for next year, don’t forget to attend these events, and stay tuned!