Tensions On High Between India And Pakistan 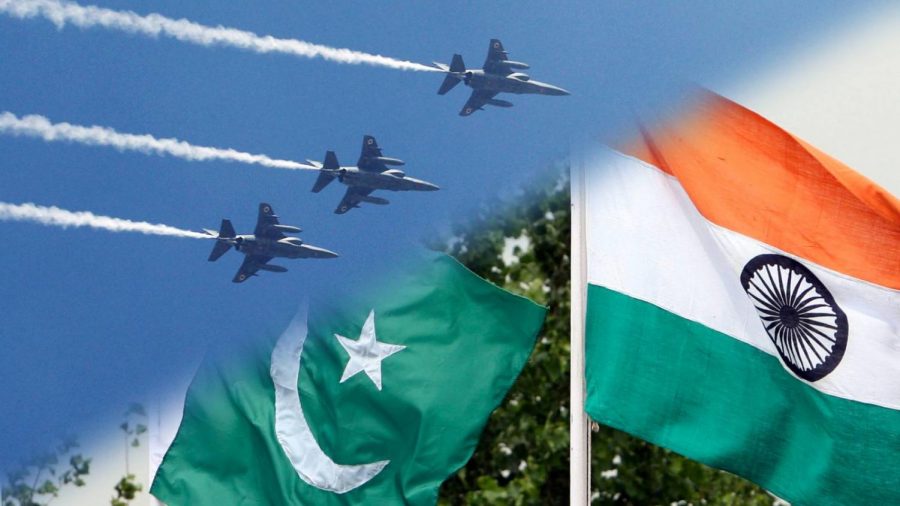 Indian planes fly overhead, juxtaposed with the flags of India and Pakistan

Since the British partition of India in 1947, tensions have always been high between India and Pakistan, but over the last few weeks, the two nations have been on the brink of all out war.

It started with a suicide bombing in Kashmir, a disputed territory between India and Pakistan over which three wars have been fought, which killed almost fifty security personnel from India. Jaish-e-Muhammad, a terrorist group based in Pakistan and closely tied to Al-Qaeda and the Taliban, claimed responsibility for the bombing.

In response, India sent an air strike over the line of control into Pakistan for the first time either nation has breached it in decades, serving to escalate tensions even further. What followed was a series of escalations between the two nations, culminating in an Indian plane being shot down in a dogfight between the two nations, and it’s pilot being captured. The pilot, Wing Commander Abhinandan Varthaman, was released on March 1st, but tensions still remain high. Pakistan describes this as a gesture for peace, but in India, Pakistan following Geneva conventions has not been viewed as any spectacular favor. In situations like these, where both powers possess nuclear weapons, de-escalation is of prime importance.

One of the major points of conflict is Pakistan’s perceived support of the numerous terrorist groups that call the country home. At the urging of India, Britain and France pushed a proposal to declare Masood Azhar, the founder of Jaish-e-Muhammad, a terrorist. China, a staunch ally of Pakistan, blocked the proposal.

Amid this period of heightened tensions, India and Pakistan have had their first peaceful meeting, its purpose, to discuss a proposed road link between India and a significant Sikh temple in Pakistan. While it sounds minor, the shrine is of great importance to members of the Sikh faith, who number 21 million, and in the current climate, it is very difficult for Sikhs to make the pilgrimage to the shrine. If the proposal is accepted the long and difficult journey will be shortened to a 3 mile trip down a road. Such a deal between the two nations would be far more important than just its significance to Sikhs, as a peaceful agreement allowing travel between the two countries would be a welcome signifier of approaching peace.

However this works out, one would hope the two nations can find a peaceful solution to their grievances with each other, even if it seems quite distant.