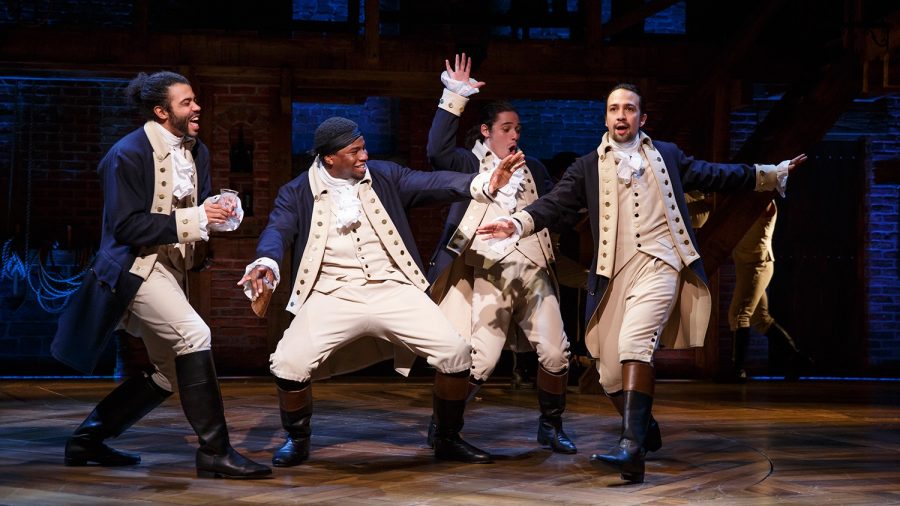 Yes! To all those questions. The play Hamilton was a musical written by Lin Manuel Miranda and inspired by the Hamilton biography written by historian Ron Chernow. The musical hit the stage hard in 2015, and has since won multiple tony awards, a pulitzer prize, a grammy, and many others.

But does the award winning show still have the punch it used to? Well I just came back from a fantastic night of history rapping and phenomenal choreography.

When I saw the show in 2018, I was blown away, I had spend majority of my time in the year preceding the show listening to the soundtrack and falling in love with the show without having even seen the show. I was a little wary to attend the musical without the original cast, a cast I had grown used to as I followed the story of Hamilton over and over again through my phone. But I have to say the Chicago cast was wonderful, and I just couldn’t wait to go back again.

This time around I went with my whole family to the show, and Hamilton blew us all away. My father is a huge history buff and he was completely happy with all the historical consistencies, and having recently just taken a government class, I was able to understand some of the governmental things I was a little confused about when I had last seen the show.

Over half the musical is based on the formation of the United States government, and is chalk full of historical events, which might detract people who are not very interested in history. I can say it made some things hard to understand, but I would like to inform the uninformed. Hamilton is filled with things that make that historical focus interesting. We have love, heartbreak, friendships made and lost, and immigrants rising up from the bottom, and a hint of rap if that’s your things. I believe that this musical has something for everyone.

Hamilton seems to have aged well, especially in today’s climate, as it finds ways to empower immigrants and minority in this time of uncertainty.

So we know you’ll be back…