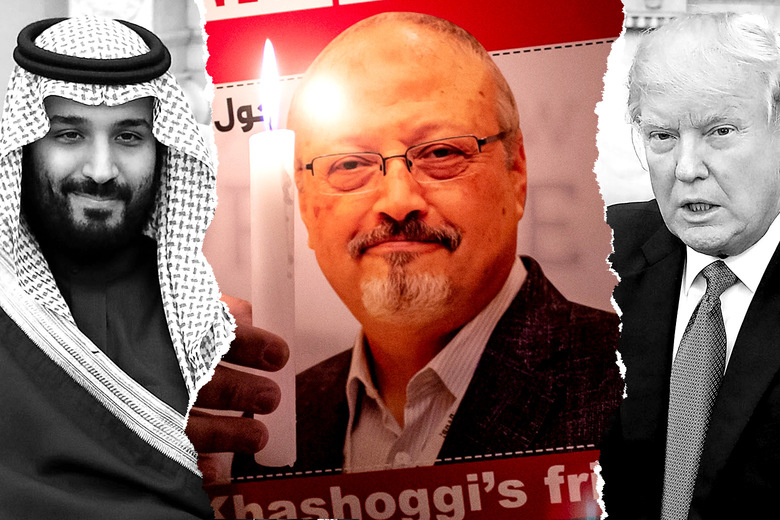 Over a month ago, 59 year old Jamal Khashoggi, a Saudi Arabian journalist for The Washington Post and notorious critic of the Saudi Crown Prince, entered the Saudi Arabian consulate in Istanbul, and never came out.

In the days and weeks following, it seems new information and responses to said information were constantly being unveiled. At first, the Saudi government completely denied any involvement in the incident. According to them, he left the consulate a short time later. The Turkish government claimed he was still inside, and his family and friends reported him to be missing. Suspiciously, Turkish authorities say that security camera footage from the day was removed, and that the consulate staff was suddenly told to take a holiday. The security camera in the front of the building, which had intact footage, only shows him entering, not leaving. Numerous report ps by the Turkish police claim Khashoggi was murdered inside, by a fifteen member team of Saudi agents. The government of Turkey has even gone so far as to claim they have audio and video evidence of his death.

Eventually, Saudi claims started to change. On October 20th, it was claimed by the Saudi Foreign Ministry that he died in the consulate after a fight, and two officials were fired for their involvement in his death. On the 21st, an unknown official claimed his death was the result of a failed kidnapping attempt. On the 22nd, a Turkish source claimed that his death had been overseen and ordered in a skype call by one of the officials fired, Saud al-Qahtani. One member of the purported team that killed him was even seen on CCTV footage leaving the back door of the consulate that Khashoggi was supposed to have left out of, in Khashoggi’s clothes.

Eventually, a Saudi prosecutor admitted the murder was premeditated, and came to turkey himself to investigate. Not much was achieved by this, though, and the Turkish president said that the prosecutor just came to make things difficult. On 15th November, the Saudi Prosecutor’s office announced the indictment of 11 Saudi Nationals, however the involvement of the royal family has been denied. Multiple news sources have reported that the CIA has assessed with high confidence that the Crown Prince ordered the assassination. The CIA, White House, and State department have declined to comment.

In the U.S there have been calls by many government officials to do something to penalize Saudi Arabia for the crime, many are simply calling to cut of arms sales, but some are even calling for a complete split in ties with the nation. Overall though, all that has been done is the placement of sanctions on 21 Saudi suspects in the killings, to the dissatisfaction of many. Overall, it seems most countries, and not just the U.S.  are more concerned with preserving relations with Saudi Arabia than actually taking action after the assassination. The reactions of other Middle Eastern nation’s seems to be a nearly unanimous refusal to suggest anything other than support for Saudi Arabia. One of the few countries not to come out in support of Saudi Arabia was Morocco, where the king denied the Saudi King an audience, and postpone a meeting between the two nations.